It was astonishing to hear a spokesperson from the Donald Trump camp question whether a ‘fact’ even existed anymore.

Her argument that ‘truth’ is in the eye of the beholder is a disturbing sign of the pervasiveness of spin, and complete rubbish. In the world that the rest of us inhabit, facts matter. While the Opera House can shimmer with a mermaid’s green scales during Vivid, its tiles are still cream and white.

In a relatively short piece directed to a general audience—it might be a blog piece, promotional copy or a direct appeal such as a letter—keep these points in mind.

Next, I’ll talk about understanding and how it can be irresistible.

Over the next few weeks, I’ll be sharing some of the ways you can get results with clever use of words. I’ll teach you how to attract someone’s attention, hold it, and get a result.

Writing for outcomes is a blend of basic elements which can be ticked off in a checklist, and poetry which cannot. But, once understood, you will be able to create some of your own magic. And, like any difficult skill, you will get better with practice. I’ll work through the mechanics of persuasive writing and then touch on its artistry.

My own masterclass in persuasive writing occurred over many years working with executives and politicians and in grassroots advocacy. Getting that second look, ensuring that my letter or submission or paper was read beyond the first paragraph is key. You might only have 30 seconds of a senior official’s time before they decide its fate. To keep my appeals moving towards favourable decisions, I had to make every word count. 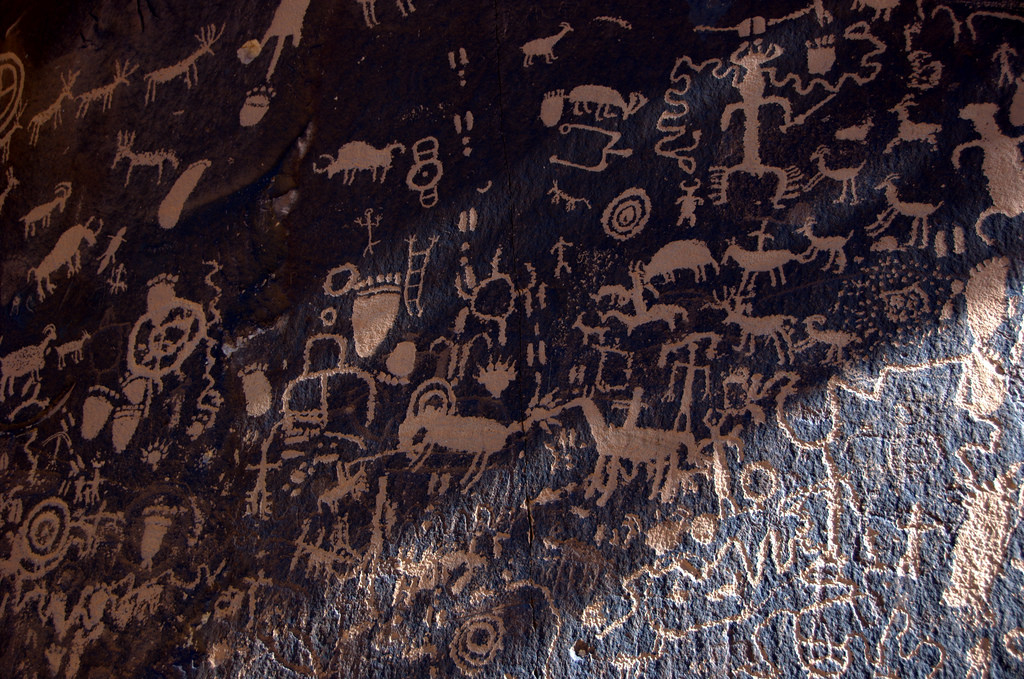 Last week, I went to Forest for the Trees—a Sydney Writers’ Festival workshop—to hear industry insiders talk about the state of writing and publishing in Australia in 2016. A panel chaired by David Hunt, author of Girt: the unauthorised history of Australia and the podcast Rum, Rebels & Ratbags, talked about the rise of audio books and the spoken word.

Audio has taken us into new territory with new audiences. Instead of cannibalising readership, as some have feared, however, they were optimistic about the power of new technologies to tell stories. Think driving. It’s a no-brainer. An enclosed, climate-controlled space is the perfect environment for audio books. And ironing has never looked so appealing. The phenomenal success of the Harry Potter audio books, even before Stephen Fry’s narration, is testament to the power of a good story.

We’re looking for substance again too. After nearly two decades in thrall to the digital experience, its breadth, colour, movement, we’ve discovered that we have been feasting on junk food. Bedazzled by its sheer volume, we didn’t notice how quickly content had been replaced by snippets, distracting hyperlinks, visual muzak.

But now, we see the long form article appearing more and more, and we are paying for good content. It’s worth it.

Innovators are working on media and platforms that I cannot imagine. Creativity will continue to unfurl through their channels and find new audiences. But for all the bells and whistles of the future, the act of reading continues to be a solitary, introspective activity.  I cannot be alone in savouring it for the freedom it offers in being able to look up, away from the page and into my own thoughts (not ‘enhanced’ by anything), and return in my own time.

The long-form book give that complete immersive experience and as long as we are human, it will be with us.http://www.swf.org.au/program/swf2016/forest-for-the-trees-writers-and-publishing-in-2016-W17 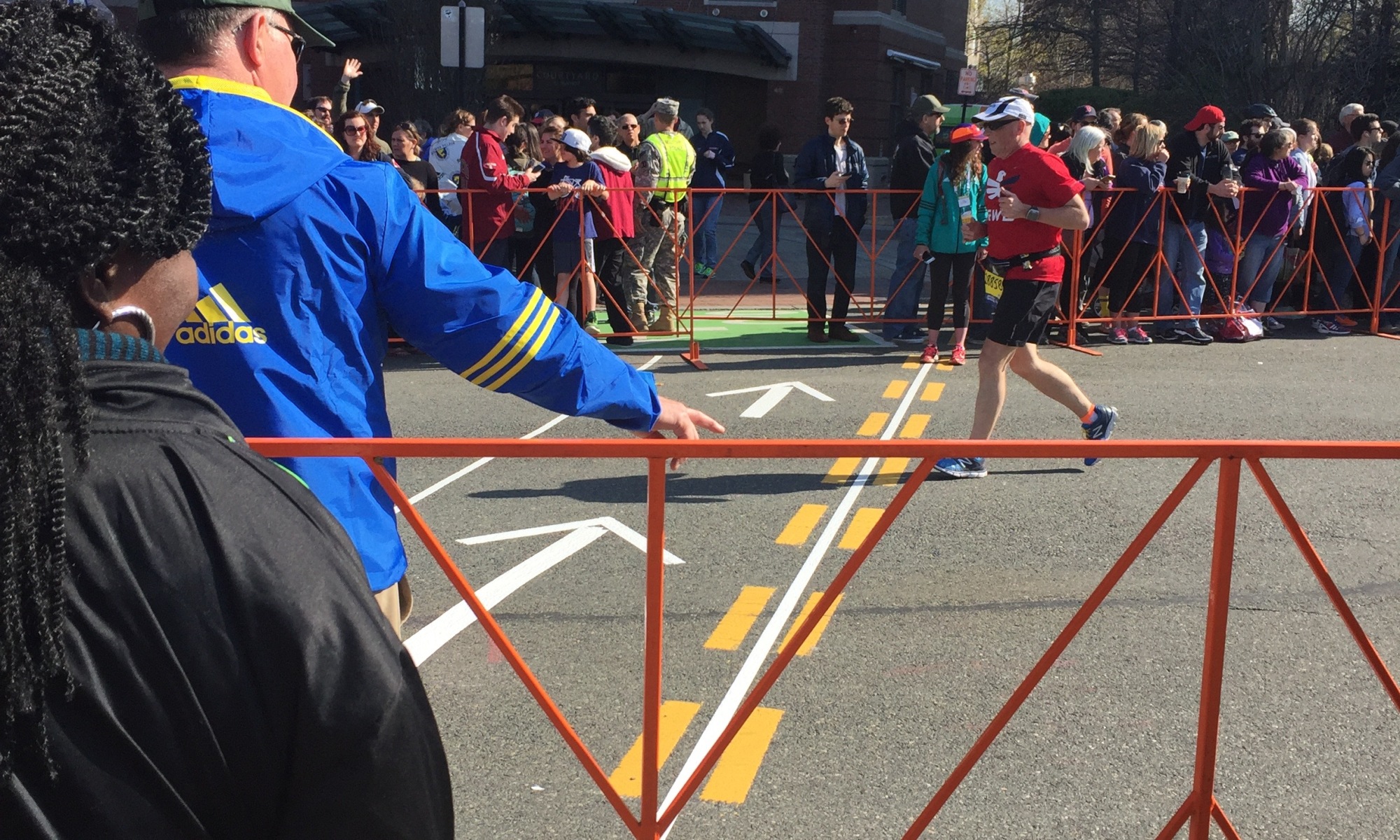 Everybody likes a system. The smooth operation of our civilisation depends on following rules. Sure, some are ill-designed, some are just stupid and others are unfair. We all flout some rules, sometimes with excellent reasons but, in the main, they stand between us and that other law—the jungle.

I was reminded of this today. Volunteering at my daughter’s school at the ‘kiss and drop’, resplendent in my high-viz vest, I set up traffic cones, directed incoming cars into the designated lane, opened doors, helped the kids with their bags and waved the driver on. If more than four cars lined up, we directed those at the end to drive round the block. Although they had to join a queue and might have to go round again, instead of cutting in further down, the parents loved it. They saw a system that  worked for everybody. Everybody played, everybody understood the rules.

And, recently, stuck on one side of the barricades at the Boston Marathon, our guesthouse on the other side, the air was cooling faster than the runners. The road was long. How would we get across?  Dark mutterings were heard in the crowd. But there was a system! We found a crossing point where security checked the oncoming ‘traffic’ then waved us over in groups of two or three. And the crowd of tired onlookers, thinking about home and dinner, formed a line. The mood lifted.  We danced across, happy to be a part of the whole shebang.

Grammar is a set of rules which lets us discern meaning.

Take apostrophes. They only ever show ownership or indicate a contraction.

With the exception of ‘its’. We don’t use an apostrophe when we show ownership by the pronoun ‘it’: the club won the game playing with its best team.

This distinguishes it from the contraction of ‘it is’ (it’s going to be a hot day). In a contraction, you put the apostrophe exactly where the missing letters belong: where they’d (they would) be, if you’d (you had) written the word in full.

Never use them in plurals and you can skip them when talking about a number of years (1970s). The jury’s out on that one but I think it looks better without it.

Rules helped us cross the marathon’s barricades and will help you sort your soccer balls. 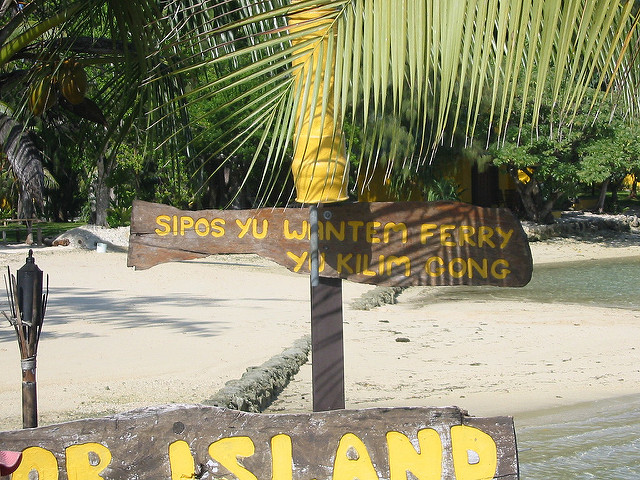 I’m old enough now to see convoluted language for what it is—a waste of my time. It took a few decades before the uncertainties of youth were overridden by the weariness of having to make sense of just too many words. Yes, I can do it, but why are you asking me to?

It’s a formidable ego that expects me to read 100 word sentences with multiple clauses, parentheses and ideas (unless written in lyrical prose that soothes and transports.) Sometimes I’ve been so bewildered by sentence constructions, I’ve almost given up, thinking maybe I can ignore that bit—what does that one clause matter anyway? But they do matter. It’s not always the vibe.

If we have to read it, we trudge on, befuddled.  If we don’t need the information, we just turn away.

I know about writing to dominate, to intimidate, or just to keep at bay. I cut my teeth professionally writing letters from executive officials to the public.  We called one template the ‘stuff-off’. That’s a different woe.

But if your material is there to be read, if you want it to do something, give your complex ideas space to let the reader reflect.  With technical, operational, or business writing, banish anything that makes the reader work too hard deciphering your sentences—they need their energy to understand the topic.  Let them see what lies ahead. Don’t trigger anxiety.

Mix in some short sentences, connect your ideas. Let your readers form meaning from your words. It’s not treating them like idiots. It’s not talking down to them. And it doesn’t diminish your expertise.

Here’s a beautifully written article on why clarity matters and jargon is such an impediment.

I love hyperlinking. Opening up a portal to another world through the simplest tools of highlighting, cutting and pasting has always been a special piece of magic. I am writing and editing suites of technical documents for a legal company and adore playing in the references sections. All those arcane statutes with their Parts, Divisions, Sections and Sub-sections are thrillingly express-posted to Go (collect $200) under my fingers.

I am musing on this because recently came across the term ‘immersive reading’ for the wholesale, complete transportation into the written word, being able to draw the reader into the writer’s world. I like the term for all reading where the goal is to come away with more than you started. Compliance documentation for management of aged care homes? Gotcha. Build my comprehension, give me a process to follow, let me see what to do, and how. Or perhaps it’s your favourite author’s new novel and you feel a pinpricking sense of a character’s inner self or your stomach drops with a plot turn…. Vastly different pursuits for different goals but immersion in the act of reading is required for both.

Be vigilant with hyperlinks. Be alert to their overuse or misuse. Peter Meyers is a builder of digital publications. He says: “Exercise restraint. The challenge can be in what to leave out. The first wave of experimentation was all about adding things, which can mess with the immersive reading experience. Don’t eject the reader from the experience of reading through distracting hyperlinks.” (Morrow 2011).

I feel this. I deplore the scraps of information we are fed, often with a hyperlink attached which says ‘over to you, dear reader. Work it out for yourself.’   Tie them into your text, interpret their best, their juiciest bits for your reader and leave them feeling a warmth towards you, the host, rather than like a refugee.

And hyperlinks are just the beginning of interactive tools. What makes you swoon?

Editors don’t rally. We’re not activists. Not in the marching in the streets ‘What do we want?’! More commas! When do we want them? Now!’ kind of way. Apart from the occasional guerrilla warfare on rogue apostrophes (who amongst us hasn’t erased one?), we prefer to do our work quietly.

The Queensland Society of Editors has dipped its toe into collective activism with its petition on change.org. It is asking the Commonwealth Parliament Standing Committee on Publications to approve funding for a new, seventh edition of the Commonwealth Government’s Style manual. Last updated in 2002, this is well overdue.

In 2002, my phone had buttons to make calls, an ipad was either your feminine hygiene product or your city apartment and tablets were found in the recesses of the bathroom cabinet. And paper only takes us so far. The data/information explosion is almost beyond comprehension (The Data Explosion in 2014 Minute by Minute – Infographic).

When everybody can be a publisher, we need some new standards. We need some rules and consistency to let writers write for different ways of reading. When we break them, we want to be noticed for the right reasons. We need a new Style manual and we need it online.

It might not be sexy. It might not stir your conscience but there are 847 supporters so far. Sign the petition to fund an updated Style manual here.